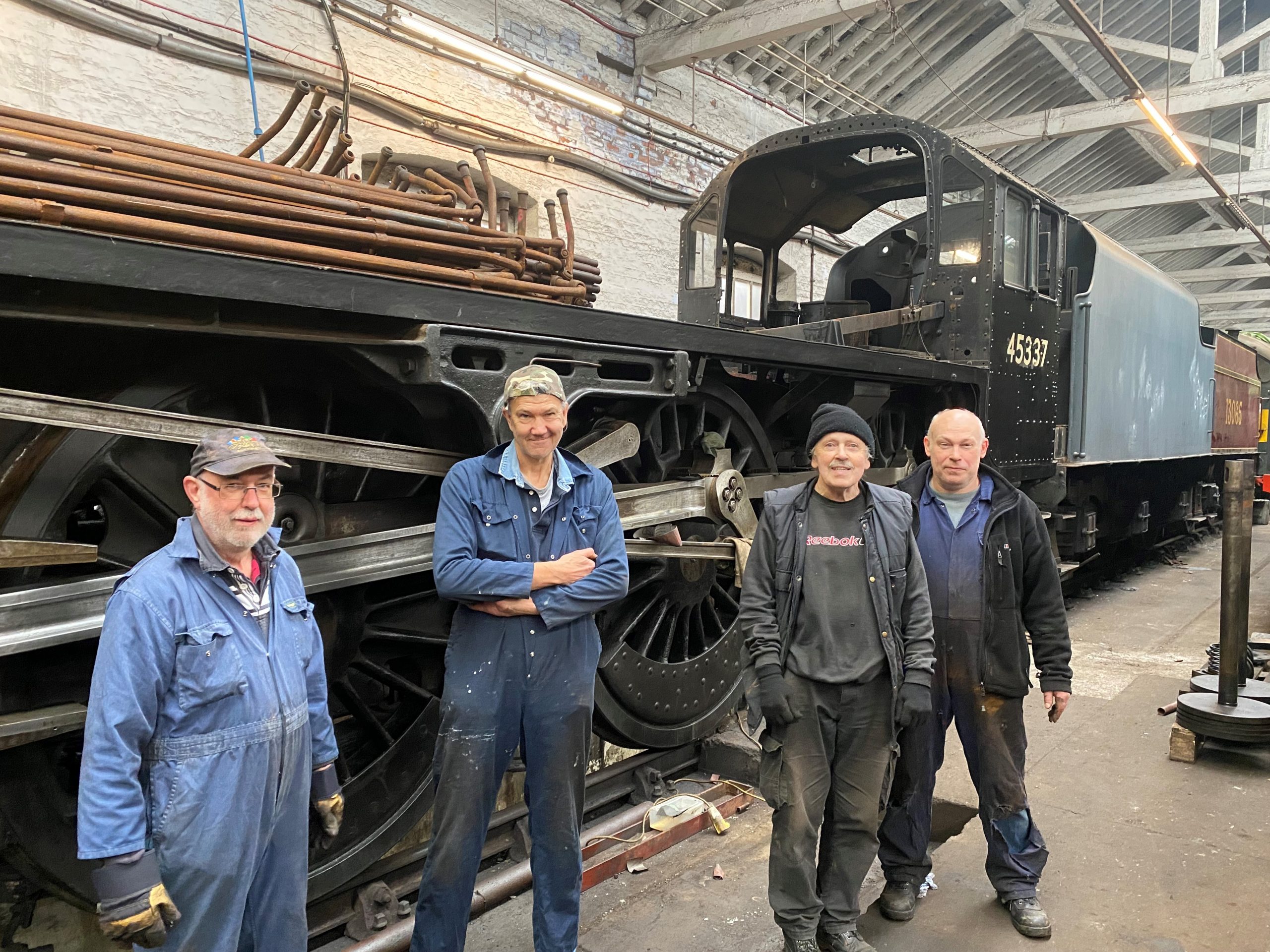 On the 2nd February we had a small team working who conducted some remedial activity.

After further inspection, and contrary to the last reported news, 26B are pleased to report the valve liners do NOT now require reboring.
This was established after taking careful bore calibrations and the use of specialist optical alignment equipment.
It was further agreed that another possible reason for the previous damage to the left hand valve, could also have been caused by some worn components within the valve gear assembly, resulting in a slight misalignment.
Remedial action will obviously take place before any reassembly is completed.

The cladding has clearly been suffering from corrosion as a result of it’s time outside and exposure to the wind and rain etc.
Work is commencing on the removal of the rust and dirt etc, but also to ensure further damage does not continue to take place.
It is the intention have them cleaned up, inspected and repainted.
Generally the overall condition of the cladding is acceptable.
However, some areas may require repairs or even fully replaced.

The tender has now been cleared of all the superheater elements previously occupying the coal space.
All the elements have temporarily been placed on top of the loco frames.
This exercise was to allow access to the tender coal space so that all the years of debris, coal slurry, old paint and surface rust can be removed and made good.
Generally the tender plate work is in very good condition, perhaps only requiring some surface wire brushing and a good helping of protective paint etc. A big thank you to the intrepid team for all their skills and help !! 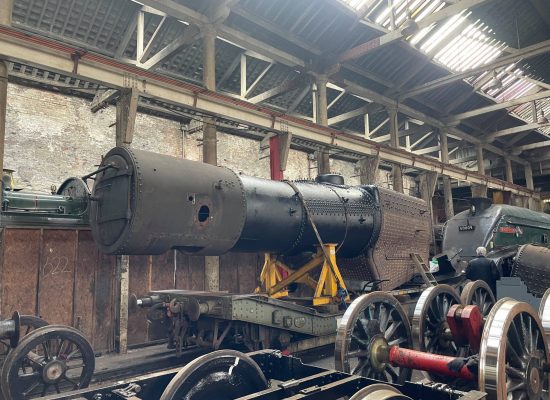 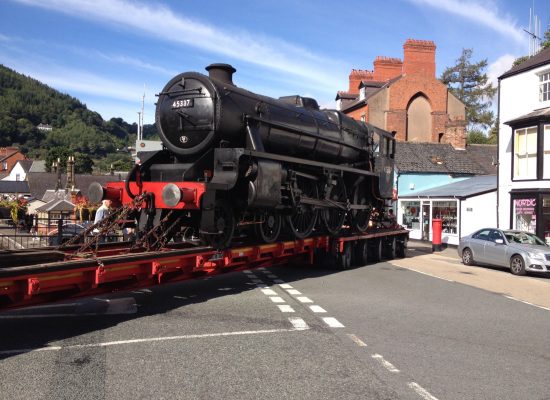 45337 is currently in Llangollen awaiting road transport. We are pleased to say the... 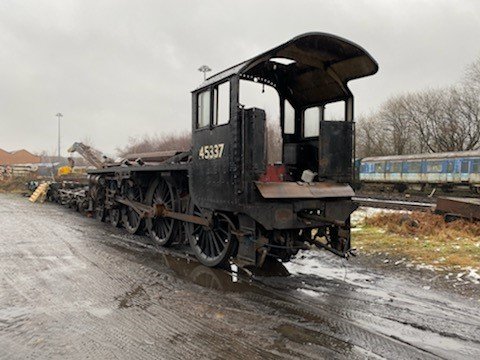 45337 moved to the East Lancashire Railway

45337 has now moved to the East Lancashire Railway.  The Tender and Boiler followed...
← Happy New Year to all supporters