Back on Tour Again

Have black five will travel…..!

After a brief return to steam, running on the ELR regular services, covering galas and Santa specials etc.,
she was 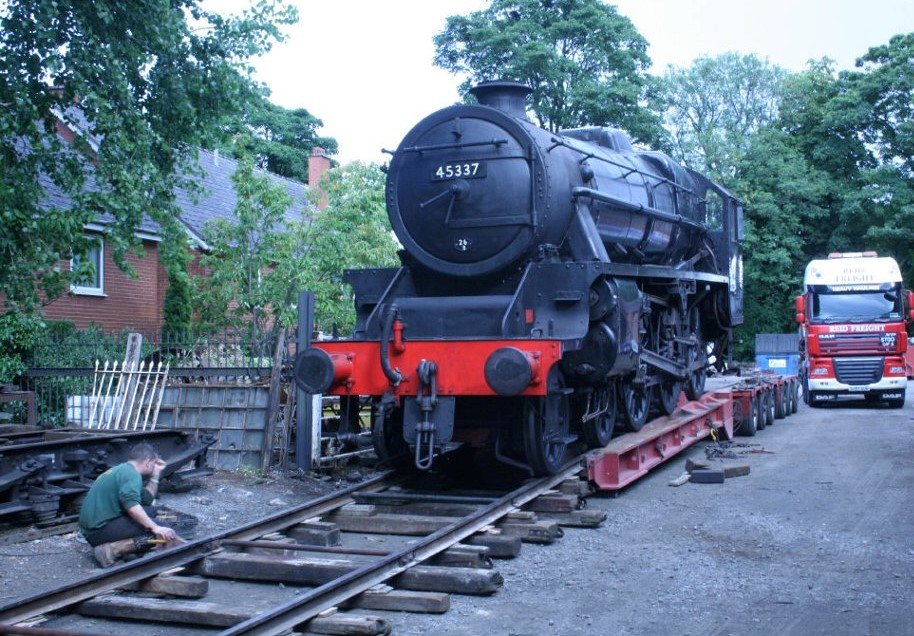 moved to Langollen to be used on their own timetabled steam services there, being in good company for a while operating several double header trains, in conjunction with another Black Five, this being an end of steam survivor 44806.
During this visit in October 2014, she was honoured (once again) to be part of a special train that involved the opening of a new stretch of line, which took dignitaries on the first opening special train to 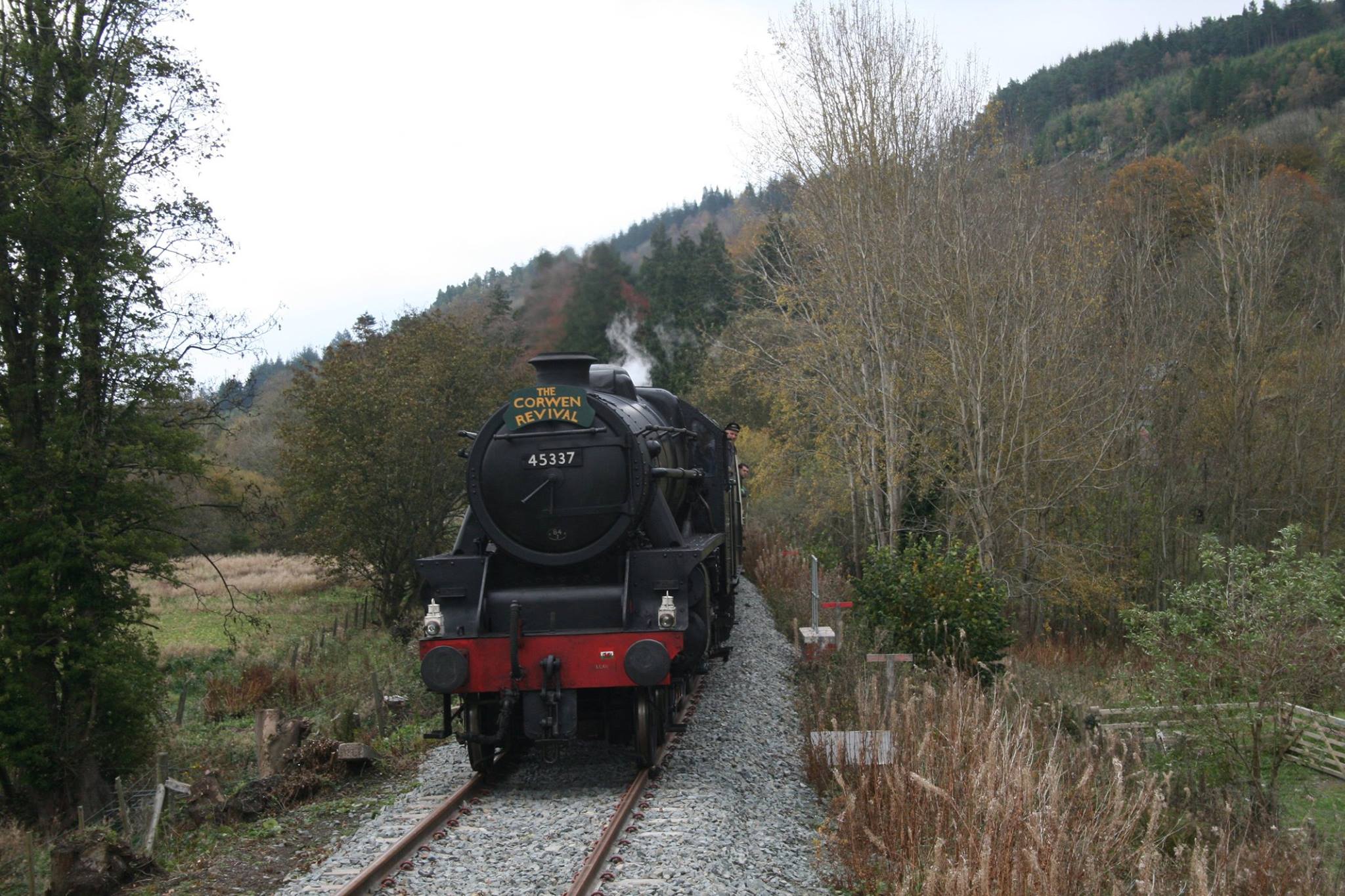 Corwen (East), headed with GWR 3802 with 45337 as the tail engine.
Later that same day she was also the first loco to travel to Corwen (East) with ordinary fare-paying passengers being the first train to do so on this basis since 1964. 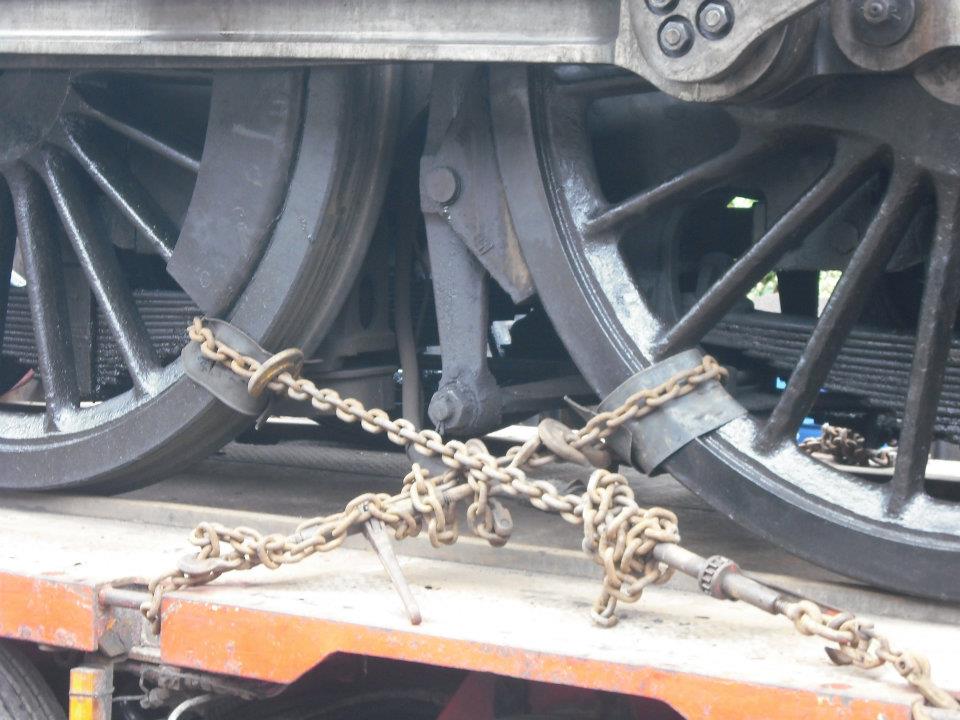 touring to attend several galas on the Nene Valley Railway on Santa Specials etc., together with two very enjoyable summer seasons working from Sheringham on the North Norfolk railway, being part of several galas there too, with one memorable super power event being the leading loco on a double header with 9F 92203 Black Prince.
Following Norfolk, she returned to Llangollen for winter maintenance in September 2016.
A valve set was replaced together with new liners with other general work being undertaken with her front bogie having a complete refurbishment.
A new axle box was cast and manufactured with the machining being completed on site at Llangollen.
She ran for about twelve months covering timetabled services, and working specials including the patriot group etc.
But after developing a small steam leak, a hairline crack was discovered in a difficult part of the boiler to reach, resulting in a withdrawal from service until a repair work could commence.
At this time boiler work at Llangollen was at a premium with several locos in the queue, resulting in no work commencing until a position became available.
It initially appeared that this fault could be repaired and made good, but as she was now approaching the end of her second 10yr boiler certificate, combined with time constraints, to when a repair could commence, it became apparent that it was uneconomical to proceed any further.
Had the repair commenced and been successful, her operations would still have had to be curtailed within a relatively short period of time, even if a short boiler extension could have been granted.
A painful decision had to be taken that a new 10yr certificate would be the most sensible option.

As a result of the locos travels around the country, and within some circles within the U.K, she has jokingly been referred to, as the “Nomadic Black Five”.!
She has certainly been touring the country for a good number of years now and 26B have been her custodian for longer than both the LMS and BR put together.