Quotations were sort for the second boiler overhaul, with costs obviously a prerequisite, several boiler restoration experts were contacted, which after various meetings 26B started an association in North Wales with the Llangollen Railway.
The boiler overhaul was negotiated and agreed upon, being undertaken on site within their own workshops, with the main body of the loco remaining at the E.L.R. workshops.

During this second restoration, because of the previous costs involved in repairing the wheelsets and downtime etc., 26B now only had limited funds available so concentrating mainly on the boiler overhaul was the main priority, therefore this restoration was more of a boiler overhaul as opposed to a full general restoration.

Due to the existing boiler work commitments that Llangollen already had, together with a limited budget, the second boiler restoration took about five years to complete.
The work was eventually finished, a new ten-year certificate issued, and the boiler was 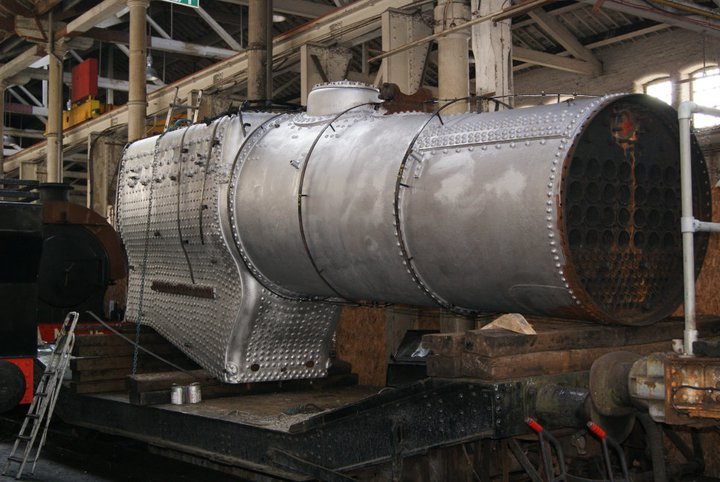 returned to the E.L.R. Once back reassembly gathered pace quickly, being reunited with great relief returning to the frames during 2010.
After reassembly a fire was lit again, and once more she became a working steam loco, taking her first movements again for five years in the Baron Street Railway yard.
Although there were inevitable leaky gaskets, with steam appearing from places it’s not supposed to, and other matters to attend to as well, she became ready to re-enter service.
Nothing ever appears to be simple when restoring a steam loco, but it is very satisfying to see them working once more.