After so much time in the scrapyard and the with the poor condition she was in, it was impossible to even think of moving the loco by rail, so road transport was the only alternative available.
Many of the past locos exiting the scrapyard beforehand had actually left by rail, probably because they were in better condition and British Rail were a little more co-operative on such matters, without charging the earth.

In those days transporting locos by road was still very much in its infancy, with few firms capable of such an undertaking.
But the road haulier Mike Lawrence from Burnham-on-Sea was up for the job and helped tremendously.
After the sideways procedure and being repositioned on the adjacent tracks, she was winched with long cables slowly up onto the 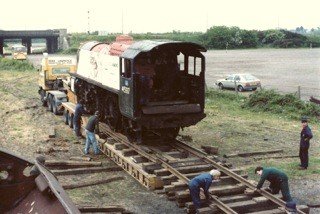 back of a low loader to be transported away by road, but this time actually moving forward.

The route had obviously been pre-determined in advance, taking care to avoid low bridges or even village fetes, who because of the height of the loco, could have had their bunting unexpectedly removed!

The journey started around mid-day and headed north, 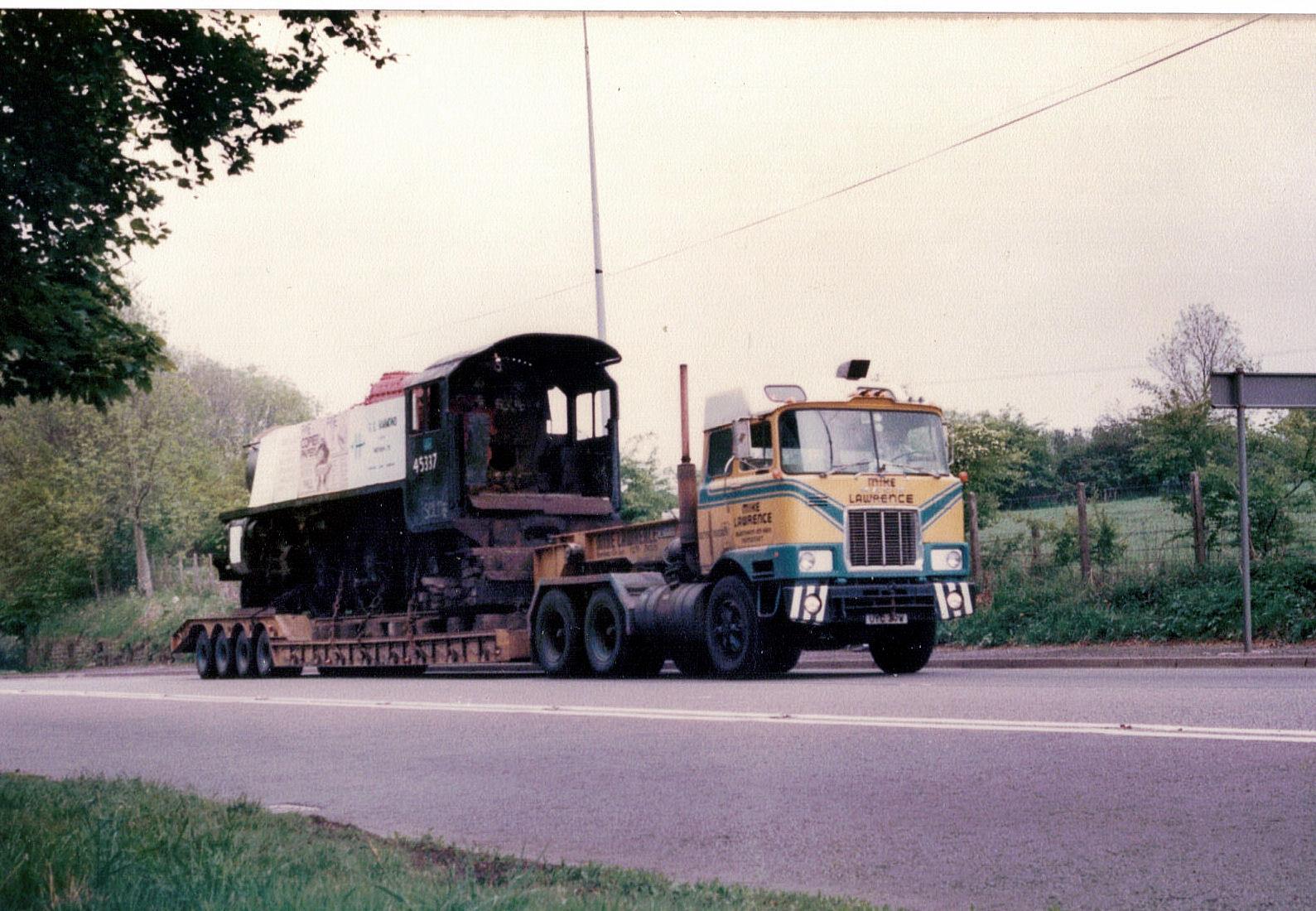 returning her back to where she belonged to her old stamping ground within North West England. Finally arriving at the East Lancashire Railway (Bury) around lunch time the following day, which for all involved and with a big a 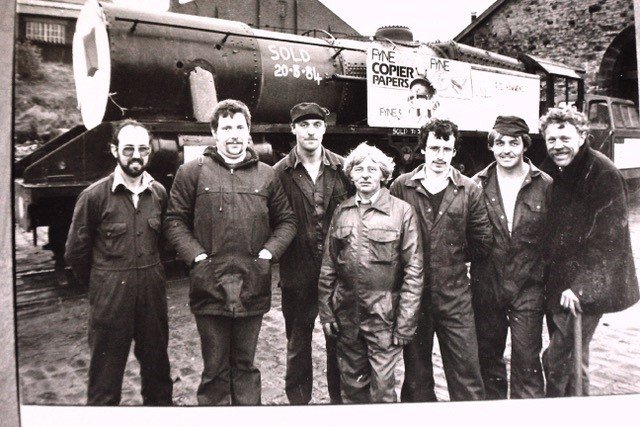 big sigh of relief, she was unloaded at Castlecroft. (now the Bury Transport Museum). 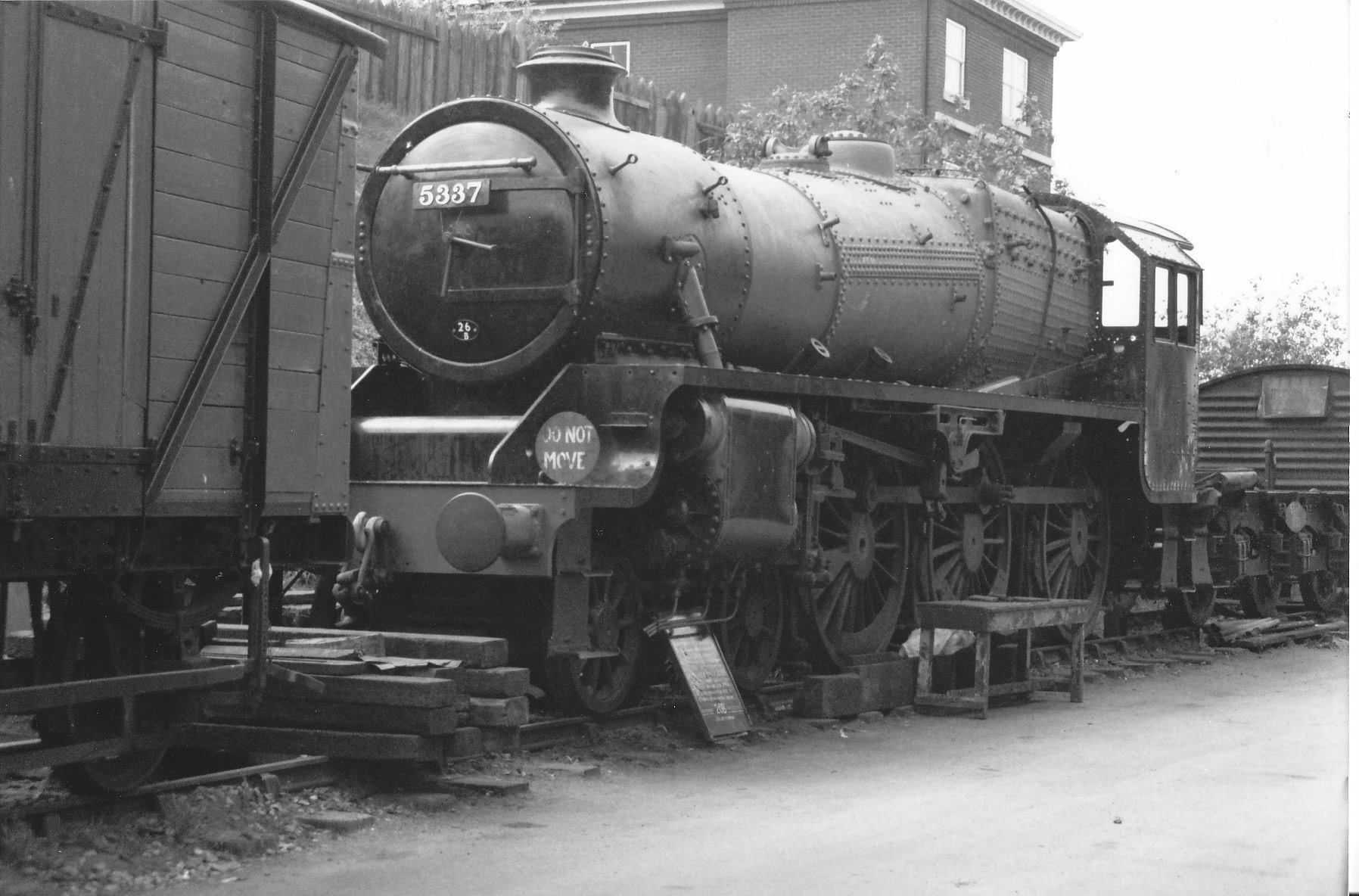 initial overhaul began in earnest and undertaken mainly at Castlecroft during weekends, with skills improving and knowledge being gained this remained the initial base for restoration to continue.
As the restoration was gathering pace, sometime later she was moved by a diesel shunter to the main Baron Street depot, just a little further along the main ELR running line, passing through the improving station complex of Bury (Bolton St).

During the loco movement, the Station had taken on the unlikely appearance of the “Southern region”, with green Station names on show, as it had been disguised as “Southampton” for a television filming project, together with the actual crew filming on site.
It must have looked quite a sight for the film crew watching a partially restored Black five casually passing through and interrupting filming.
At one point we were not sure of who was filming who, as these movements are another example captured by early archive VHS footage, which we intend to provide further viewing of this on the website.

The depot at Baron Street had much greater facilities which was instrumental in completing her first overhaul.
The intention was to operate her on the developing steam services at the ELR, and more importantly for her to begin to earn her keep, by once again pulling trains and putting smiles on people’s faces.